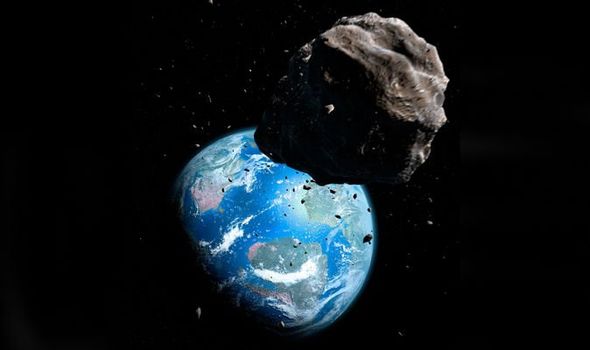 NASA’s space object trackers have unveiled a massive asteroid. According to reports, the asteroid, dubbed 310442 (2000 CH59), is measuring 2,034 feet, and it will be approximately 4.5 million miles away from Earth. Astronomers warned that the space object approached very dangerously from our planet on December 26th.

Asteroid CH59, which is shrieking across space at a rate of 27,500 miles/hour. It would luckily pass Earth by almost 19 times as far as the Moon is placed from our planet. Even if the distance might appears to be impressive, it is not that far if it’s measured in astronomical terms.

Director of NASA’s Center for Near-Earth Object Studies, Paul Chodas, detailed the importance of the event. He stated: “At its closest, CH59 will be about 19 times farther than the Moon. Over many centuries and millennia, these asteroids might evolve into Earth-crossing orbits.”

The Massive Asteroid Whizzed By Earth

NASA forecasted that after the space object’s nearest approach to our planet, it would travel very close to Venus, next year. We will hear again of CH59 in 2021 when it will approach Earth back in 2023 and 2024, as well.

Recently, several massive asteroids, such as 2019 OK, 2019 MT2, 2019 OE, 2016 NO56M, 2015 HM10, and many others, had come close to Earth, but luckily, none of these crash our planet. Due to those repeated events of space objects, NASA developed a new office titled The Planetary Defense Coordination Office (PDCO) back in 2016. PDCO’s goal is to identify asteroids and other space objects that approach too much to Earth.

Based on recent research, astronomers have stated that asteroids have been collapsing into the Earth at almost three times their previous rate over the last 290 million years. However, researchers are not sure about the precise reason behind such a fact.

James Coyle attended a technical school while still in high school where he learned a variety of skills, from photography to coding. Apart from being a contributor to the site, James also helps keep The Trending Times up and running, he also keeps our social media feeds up-to-date.

A New Study Explores The Head Of Hammerhead Sharks